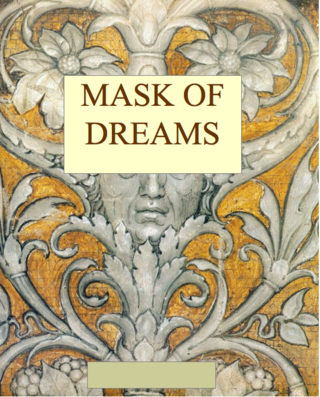 In late 15th century Venice, Caterina, a fourteen-year-old from a noble house, struggles against the inevitability of an arranged marriage to a man old enough to be her father. Powerless, she is consumed by dread as the process spins out of control. As her life is upended, not once but twice, she attempts to influence the choice of a husband and protect what's left of her reputation through the ambiguity of a philosophy on beauty―set forth in a letter.

Lawless, fate-driven, charismatic, out of the violence of the Balkans and into her life comes Rade, a  Slav brigand. Having won one of the letters in a card game, he attempts, through deception and a lifelike mask, to legitimately enter Caterina's father's world of mercantile wealth and privilege to further his own aims. Caterina's father has no intention of allowing a foreigner to carry off his daughter but Rade becomes the only choice. A proposal is made: a year-long betrothal to offer Rade time to learn the family business. The temporary mask becomes a permanent ruse. Rade's attraction to Caterina grows. Then something unexpected happens that tears Rade's world apart – a young noble appears and Caterina falls for him.

From fairs to shipwrecks, bull-baiting to rescues, noble house to villa in the Euganean hills, Rade is caught up in a competition of opposites. Inevitably, the time comes when he can no longer continue the deception.

Enhanced by the literature of the Renaissance, in particular, Petrarch, this carefully researched historical fiction takes time to develop; Caterina and Rade have their own stories until the letter stitches them together. A tale of sacrifice and honor, violence and fear of conquest, the plight of women in a patriarchal society, immigration and outsiders, Mask of Dreams has resonance in today's world. And occasionally, even a sense of humor.

"Read the book and loved it. Couldn't put it down." -  Roberta

"Wow! What an achievement--in the writing, the research, the narrative, the dialogue, EVERYTHING!!  I am so impressed with "MASK OF DREAMS." Really, Leigh, I am dazzled at what you have accomplished. - Pat (N.Y. Times Travel Writer)

"I'm impressed with these characters, particularly Caterina, whose intelligence and power are apparent in the ways she exploits the patriarchal system and works within in its confines to shape her own destiny. Her love story with Rade is exciting and believable, and forms a high point of the novel. Grant is clearly well-versed in Renaissance Italy, and her passion for the time and place, particularly Venice, radiates from the page." - Feedback from an editor